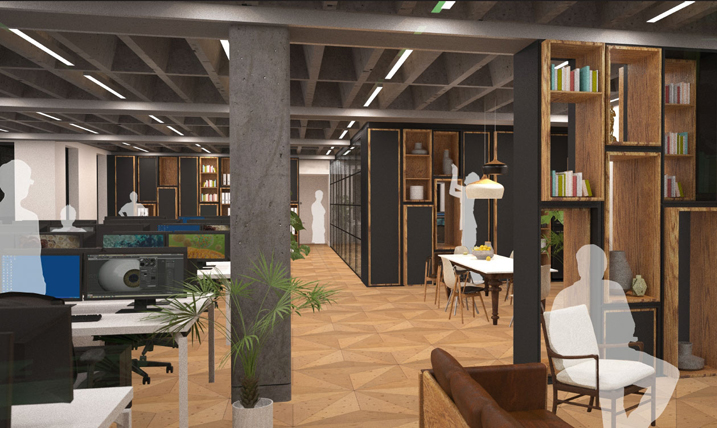 Random42 has quickly outgrown their old offices on Haymarket after five years and look forward to continuing their expansion in their new office space.

The new office has a fantastic location in the heart of Soho, an area which has been traditionally favoured by the creative industries, so Random42 Scientific Communication will fit right in.

Wire Broadcast has worked with numerous leading VFX houses in the central London post-production market. The business has had particular success with large scale re-location projects. It was with this background that Random42 approached Wire as one of their first contacts when considering their up and coming move from Haymarket to Soho. Offering advice on a potential site Wire nominated suitable contractors required for the various stages of the re-location. Careful consideration was required for the power hungry 150 node render farm which is one of the core equipment elements.

Wire Broadcast recognised that Random42 wanted to re-evaluate the way its systems worked, and to take advantage of the relocation as an opportunity to keep what it liked while re-configuring or purchasing items to make improvements where necessary.  New network switches and a new server system (supplied by ERA Ltd) were installed in the six rack machine room. Racks, power distribution in the machine room and 1OGb capable copper cabling to the render farm and to the desktop were all part of the final package.

Robin Howell of Wire Broadcast said: “Random42 approached us because of our previous work with all the leading VFX houses in London.  We’ve been able to assist in a number of ways with the relocation including offering contacts in a number of areas and advice on mechanical and electrical issues.  We’ve been honoured to work for Random42 and to support their installation.  It’s been a pleasure to work with them, particularly as business is from a new business sector for us.”