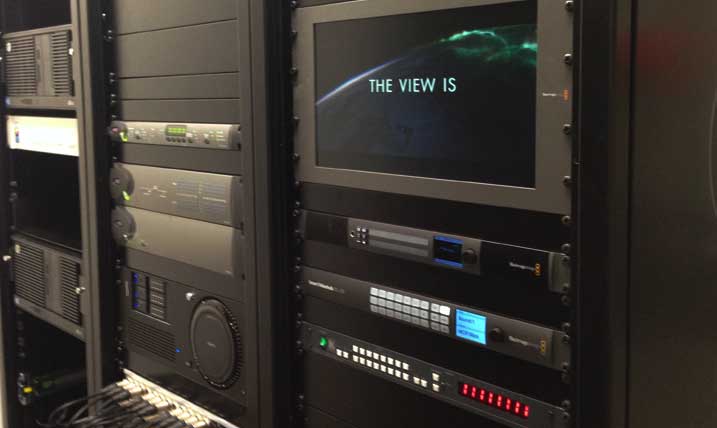 29th June 2015: Wire Broadcast has completed the technical installation of the new post-production facility for UKTV which, it was announced recently, will be run by The Farm.

The facility based in London’s Hammersmith, will produce more than 2,500 on-air promos and 300 pieces of navigational content from July.  Wire has expanded UKTV’s existing server room to accommodate new equipment which The Farm will manage and operate there.

Three new Avid suites with high quality picture and audio monitoring as well as two 5.1 capable Avid Pro Tools audio studios, each with S6 console and their own VO booth have all been installed by Wire.

The Farm has linked the UKTV server room into their existing facilities in Soho via diverse dark fibre connectivity allowing them to use some of their existing centralised equipment (ISIS storage, KVM systems).

Wire Broadcast has also provided a connection into UKTV’s viewing theatre and green screen recording studio so that they can be used in conjunction with The Farm’s post-production department.

Robin Howell, Managing Director of Wire, said: “Working for The Farm again has been a privilege. We always welcome the challenges associated with linking together different sites and this project was a prime example of how to do it efficiently and effectively.”

Wire has managed a number of installations for The Farm in the past, most recently at its William premises.